Sewing it up Zombie Style!

If you will remember yesterday I hadn't even started on today's outfit as of my blogging (which was pretty late). I usually have a surplus built up, but with her birthday party and birthday itself, time got away from me and I had nada extra for this week. So that equaled sewing SUPAH late. I went to my go to quick sew - the upcycled shirt. Again, we had our JoAnn's tshirt that I cut 4" below the underarm. I cut two rectangles of fabric 22" long (I think, it was late and I used my PGM sz 12 dress form as a model) by the waist to basically have 2 rectangles that width wise were twice as wide as my waist. Then I cut 4 3" long strips of fabric the width of the fabric to make a ruffle. I steam a seamed the bib on the tshirt itself after drafting around the neckline and then added a ruffle around it. And voila - at around 1:30, we had a perfectly presentable dress :) Im frankly sure I wasn't conscious for about half of this. 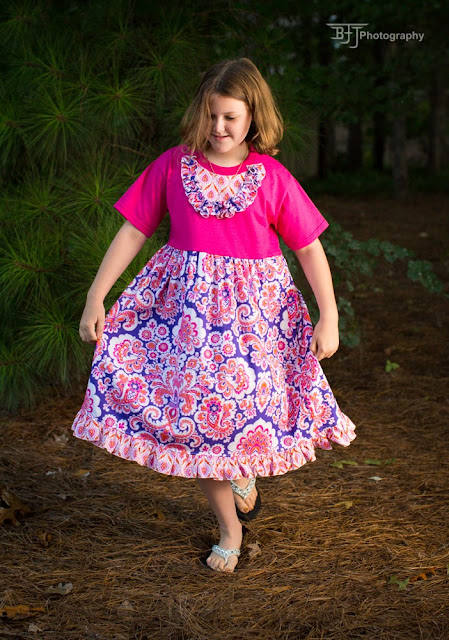 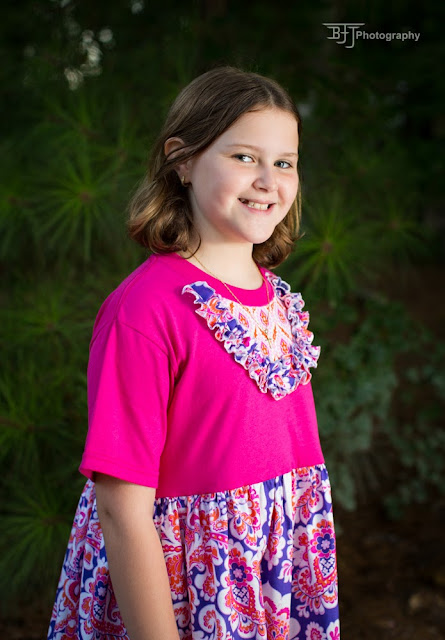 I would also like to thank everyone for wishing her a happy birthday. She had a great day (even though she still had to run 2 miles at cross country practice after school). Here are some pictures from her pool party that she had on Sunday. She had a blast! 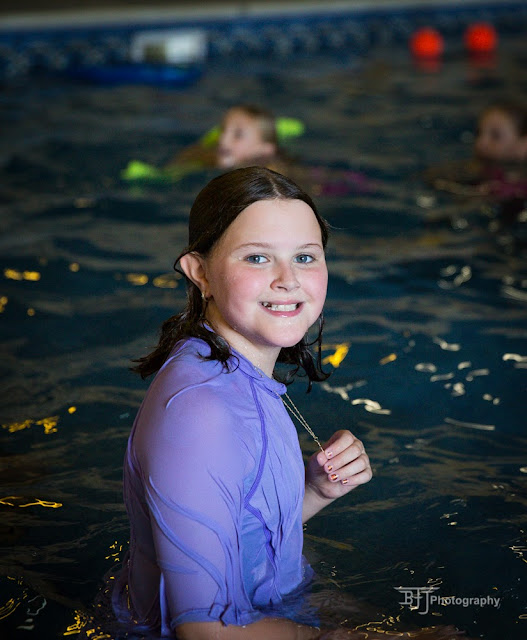 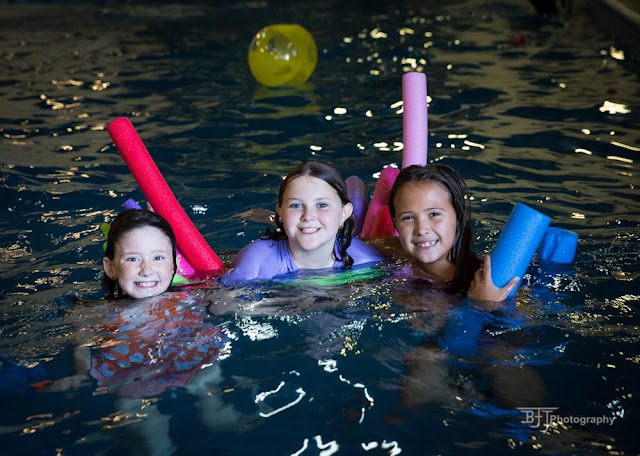 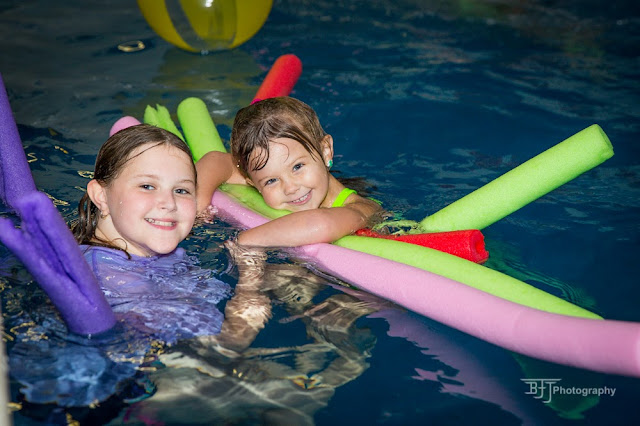 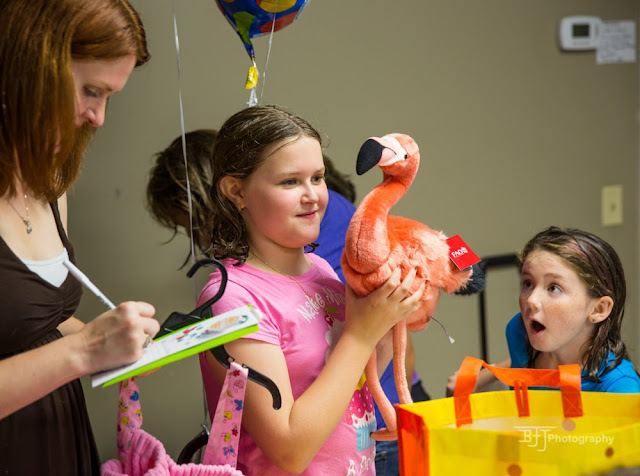 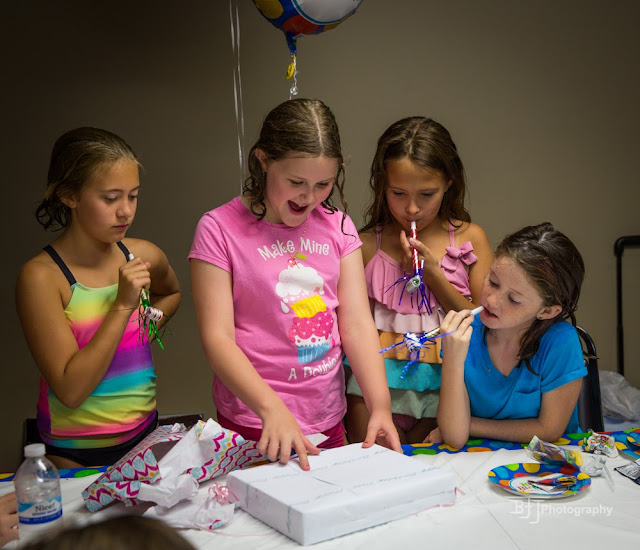 Fortunately, tomorrow's outfit is done, so I won't have to stay up until 1:30 tonight! I hope you all had a wonderful day.

Till tomorrow,
Christie
Posted by Christie at 5:17 PM